The future if Intel procressors 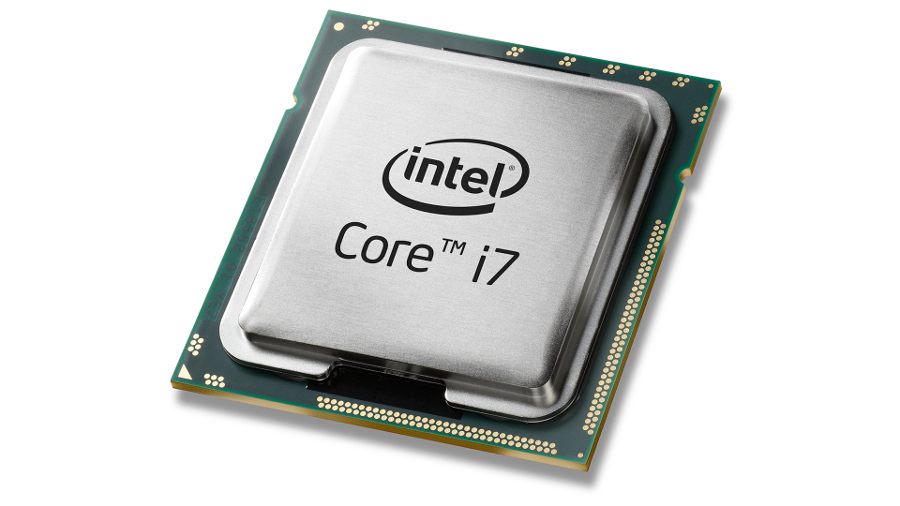 Intel showed off a glimpse of what its latest chips are capable of during its IDF 2016 keynote, but not much else so far. Read on to learn more about that very glimpse.

Kaby Lake is the next generation of CPUs from Intel. Right now we're in the Skylake generation. You'll still see quite a few laptops from the previous Broadwell and Haswell series on sale, but they are officially past-it.

Here are all the details you need to know on the upcoming Intel Kaby Lake CPU revolution.

Cut to the chase

Kaby Lake is on our doorstep. Intel CEO Brian Krzanich confirmed on July 22 that Kaby Lake chipsets have made their way to PC builders.

This means we can expect to see a few Kaby Lake PCs arrive before the end of 2016. However, right now we don't know the exact chipsets that will arrive in the first wave.

Even after Intel's keynote at its very own 2016 Intel Developer Forum in San Francisco, Calif., we do not yet know the release date of the 7th generation of Intel Core series processors. However, at the show, Intel showed off a Dell XPS machine running a 7th generation Core i5 chip running recent shooter darling Overwatch using its own onboard GPU. We expect to learn more details shortly.

Three Kaby Lake CPU models have already been leaked, though, one from each of the three mainstream lines of Intel chipsets. The Core i7-7700K is the leaked desktop CPU.

This tells us the Kaby Lake naming convention will remain similar: they are "7" series CPUs, to Skylake's gen 6, Broadwell's gen 5 and so on.

The i7-7700K is a quad-core hyper-threaded CPU, and benchmarks leaked all the way back in March suggest it's clocked at 3.6GHz with a 4.2GHz turbo boost. Of course, that may change by the time the chipset is actually used.

The CPU was leaked in the SiSoft benchmark result database, but unfortunately the results published are actually significantly worse than those of the i7-6700K, so don't tell us anything about Kaby Lake's performance. A downgrade upgrade? Let's hope not.

Next up is the Core i7-7500U, leaked alongside the i7-7700K. This is the sort of CPU we might end up seeing in a high-end ultrabook. It's a relatively high performance chipset, but still belongs to the "U" ultra-low voltage family.

It has two cores, four threads, and is clocked at 2.7GHz with a 2.9GHz turbo. Some of you might turn your noses up at dual-core laptop chipsets, but they're pretty important.

The most on-trend leaked CPU of the lot, though, is the Intel Core M7-7Y75. This is likely to be used in some of those impossibly slim laptops whose frames are filled more with battery than anything else.

Where will these chipsets end up? None of the key laptops makers have officially announced any Kaby Lake laptops yet. They couldn't without having access to the hardware, not to mention letting Intel announce the chipsets first.

Apple Insider suggests that Apple is not among the first manufacturers to get hold of the new chipsets. Of course, Apple is more at risk of alienating buyers by offering early-as-possible upgrades, when its MacBook lines were only refreshed in April 2016.

It doesn't need to be in as much of a rush as, say, Asus or Lenovo.

Some suggest Apple may skip over Kaby Lake altogether, but this seems unlikely when its successor Intel Cannonlake is not due to arrive until the second half of 2017.

Cannonlake is likely to prove a much more exciting update than Kaby Lake too. You see, Kaby Lake is very similar to the Skylake family we're already using. This is not what we originally expected of the Skylake successor, but Intel has changed how its processor development works.

Since 2007, Intel has worked in a 'tick, tock' rhythm of upgrades, where one generation shrinks the die, followed by a generation that alters the architecture. That changed this year. As of 2016, Intel now uses a "Process, Architecture, Optimisation" approach, and Kaby Lake represents that last, frankly least interesting stage.

It's still a 14nm processor, it's fairly similar to Skylake throughout and the desktop variants will use the same LGA 1151 socket. Unless something terrible goes wrong, Cannonlake will shrink Intel CPUs down to the long-promised 10nm die in 2017.

While there are likely to be some performance and efficiency improvements, it seems unlikely those with a Skylake CPU will need/want to upgrade to a Kaby Lake processor of the same level.

There are some distinct improvements involved in Kaby Lake, though. The first is fully integrated support for USB-C Gen 2. Skylake machines can offer this already, but need an extra third-party piece of hardware. It'll soon be 'native'. Again, it's not exciting but is necessary.

Gen 2 USB 3.1 enables bandwidth of 10Gbps, rather than 5Gbps. Thunderbolt 3 support is in too.

In a similar vein, HDCP 2.2 support is native in Kaby Lake. This digital copy protection, a newer version designed for certain 4K video standards. Ultra HD Blu-ray is the key one.

Kaby Lake is also expected to offer integrated GPUs better-suited to 4K video, although no exact details are available on the tech. This may simply mean more power. After all, current Intel Core-series CPUs can already output to multiple 4K monitors using integrated graphics. They just won't be to happy about the fact if you start doing anything remotely demanding.

Kaby Lake will only officially support Windows 10 too, among Windows operating systems. This is yet another attempt by Microsoft to push those lingering on Windows 7, or anything a little newer, into the present.

It's also worth considering the low-end Atom chipsets you'll see used in very cheap laptops and Windows 10 tablets in (potentially) late 2016 and 2017. These are not part of Kaby Lake, but a separate family called Apollo Lake.

No Apollo Lake-powered laptops have appeared yet, but early reports suggest a performance increase of as much as 30 per cent. This is good news given how poorly some Windows 10 devices currently run using low-end hardware.

If you're only interested in mainstream Kaby Lake models, the future isn't looking too complicated. They'll trickle out, before being replaced by Cannonlake CPUs in late 2017. However, the outlook for seriously high-end hardware is more convoluted.

Right now Intel's newest high-end CPUs are part of the Broadwell-E series, even though among mainstream processors Broadwell is already old news. Quite simply, the real high-end hardware comes later. We're talking about CPUs like the £1000 i7-6900k.

The Kaby Lake alternative will not be called Kaby Lake-E but Kaby Lake-X, and is expected to launch in the second half of 2017 alongside Skylake-X. That's right: two generations at the same time.

Kaby Lake-X will reportedly offer a four-core processor, while Skylake-X will man the ascent to the almost-baffling 10-core version.

What mere mortal laptop and desktop buyers need to take from Kaby Lake, though, is that a) we'll see machines using the new chipsets very soon and b) unless you already need an upgrade you might want to see whether 2017's Cannonlake brings more exciting improvements.