Intel has announced its 8th gen processor with Radeon RX Vega M Graphics. The chipmaker has also revealed that 2-in-1s from Dell and HP as well as NUC Intel will be launched with the new processor. 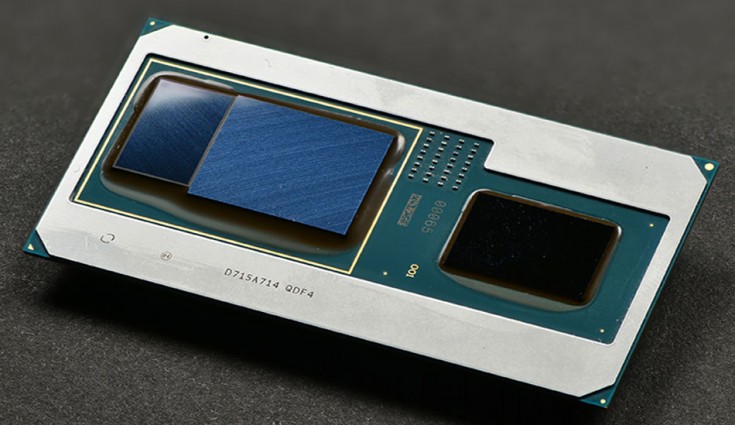 Intel has announced its 8th gen processor with Radeon RX Vega M Graphics. The chipmaker has also revealed that 2-in-1s from Dell and HP as well as NUC Intel will be launched with the new processor.

"With this space savings, OEMs have more freedom and flexibility to create innovative thin and light devices. For example, many 3-year-old systems weigh nearly 7 pounds, last a mere four hours and are more than 32 mm thick. With this new processor, enthusiast devices are slimmed to under 17 mm and can run up to eight hours1,5,6 on a single charge, while still delivering next-level performance," said Intel.

According to the chipmaker, the 8th Gen processor "up to three times the frames per second on thinner, lighter and smaller devices compared with similar systems from three years ago and up to 40 percent compared with current discrete graphics".

"Content creators can also do more with this new processor, whether it’s creating 3D images from scratch, editing videos seamlessly at home or on the go, or using the most popular creative applications," it added.

Just days before CES, Intel had mistakenly leaked details of its upcoming Radeon chipset. The company previously announced its partnership with AMD to build these new processors powered by AMD graphics, but today at CES the chip maker officially launched the new processors, detailing all the key aspects of its latest 8th gen Core processors.

Intel and AMD’s new 8th gen Core processors are part of the H series, and they are meant to offer increased performance without compromising the thin profile of modern ultrabooks. The processors are essentially an integrated solution that uses Intel’s new EMIB tech to connect Radeon RX Vega M graphics to the actual Core i5/i7 processor, resulting in a 50% smaller silicon footprint and significantly improved performance. The new chipset uses 4GB of high bandwidth memory or HMB2, which is far more efficient than the usual GDDR5.

It will take a little while before these new processors make it to actual devices, though. Dell and HP are, however, expected to be one of the first companies to come out with devices powered by the new chips, so we will make sure to keep an eye out for those throughout this CES.